Prepare for a referendum

Vote "NO" down loadable ads 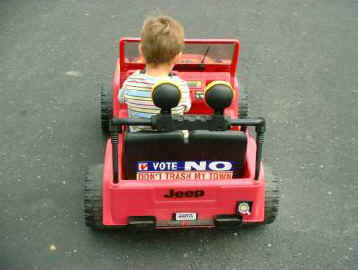 If you agree - Click Here to enter the Main Web site:

We are against drunk driving. We should be MADD about drivers who drink and drive. Stop drunk drivers.

All to often pastors or concerned citizens wish to get involved, but simply do not know how.
We offer information, sample newspaper ads, church announcements, and other info tools that are ready to be used to quickly get engaged in the battle.
Look the the menu and browse around, there are tools and information to get you quickly involved in the battle.

The Priceville Committee for Positive Family Values met on Monday night to lead the effort to defeat the referendum which would legalize alcohol sales in Priceville. The group believes the sale of alcohol is a step in the wrong direction that leads to a decline in the moral climate of a community, and that any advantages promoted by liquor proponents is overstated and not worth the true cost.

* After Decatur legalized alcohol, Decatur's violent crime DOUBLED from 1985 to 1990.
* Decatur's property crimes INCREASED 50% from 1985 to 1990.
* Legalizing alcohol leads to bars, drugs, strip clubs, violence, alcohol related traffic deaths, and DUI arrests.
* Liquor tax revenues will not benefit Priceville Schools, because the schools are NOT under the town government, but are operated and funded by the county and state.
* Alcohol sales would be too close to the middle school and the high school, Veterans Park ball fields, North Park ball fields and the churches. This is NOT the message about positive family values we want for our kids!
* Alcohol sales will put an additional burden on law enforcement resources.
* Projected alcohol tax revenue is much exaggerated.
* Putting the community stamp of approval on alcohol sales is not a positive influence.

The committee is asking the people of Priceville to preserve the positive values of our community by saying NO to alcohol sales, and is asking the people of Priceville to get involved now to call, visit, and email their neighbors to explain the urgency of the situation and ask them to support positive family values by registering to vote, and GETTING THE VOTE OUT TO DEFEAT THE LIQUOR REFERENDUM ON NOVEMBER 2ND.

A Political Action Committee is being registered this week with the State. Weekly meetings are scheduled. Rallies and other get-out-the vote activities are planned.

Check out the below web site for assistance in fighting the lottery and against gambling. Anti Gambling Laws Anti Gambling Advertising

The death rate from alcohol-related traffic accidents has declined since the 1980s. According to statistics from the National Highway Traffic Safety Administration (NHTSA), alcohol related deaths per year have declined from 26,173 in 1982 to 16,885 in 2005. MADD has argued that the group's efforts have brought about this decrease, because it claims that alcohol-related fatalities declined more than did non-alcohol-related fatalities. Those drunk drivers often have a funeral and need florist supplies. Florist Supplies

Matthew Chapter 24:1-4
1 And Jesus went out, and departed from the temple: and his disciples came to [him] for to shew him the buildings of the temple.
2 And Jesus said unto them, See ye not all these things? verily I say unto you, There shall not be left here one stone upon another, that shall not be thrown down.
3 And as he sat upon the mount of Olives, the disciples came unto him privately, saying, Tell us, when shall these things be? and what [shall be] the sign of thy coming, and of the end of the world?
4 And Jesus answered and said unto them, Take heed that no man deceive you.

People often confuse us with that other organization, Mothers Against Drunk Driving MADD. We are the ones that take strong stands on the issues of the day.

The Bible has a lot to say about alcohol and the abuse of drinking too much liquor. - Proverbs 20:1-6

Wine is a mocker, strong drink is raging: and whosoever is deceived thereby is not wise.

The fear of a king is as the roaring of a lion: whoso provoketh him to anger sinneth against his own soul.

It is an honour for a man to cease from strife: but every fool will be meddling.

The sluggard will not plow by reason of the cold; therefore shall he beg in harvest, and have nothing.

Counsel in the heart of man is like deep water; but a man of understanding will draw it out.

Most men will proclaim every one his own goodness: but a faithful man who can find? WAY-FM Chrisitan Radio - What does the Bible says about Abortion